The Impact of Ransomware on Businesses 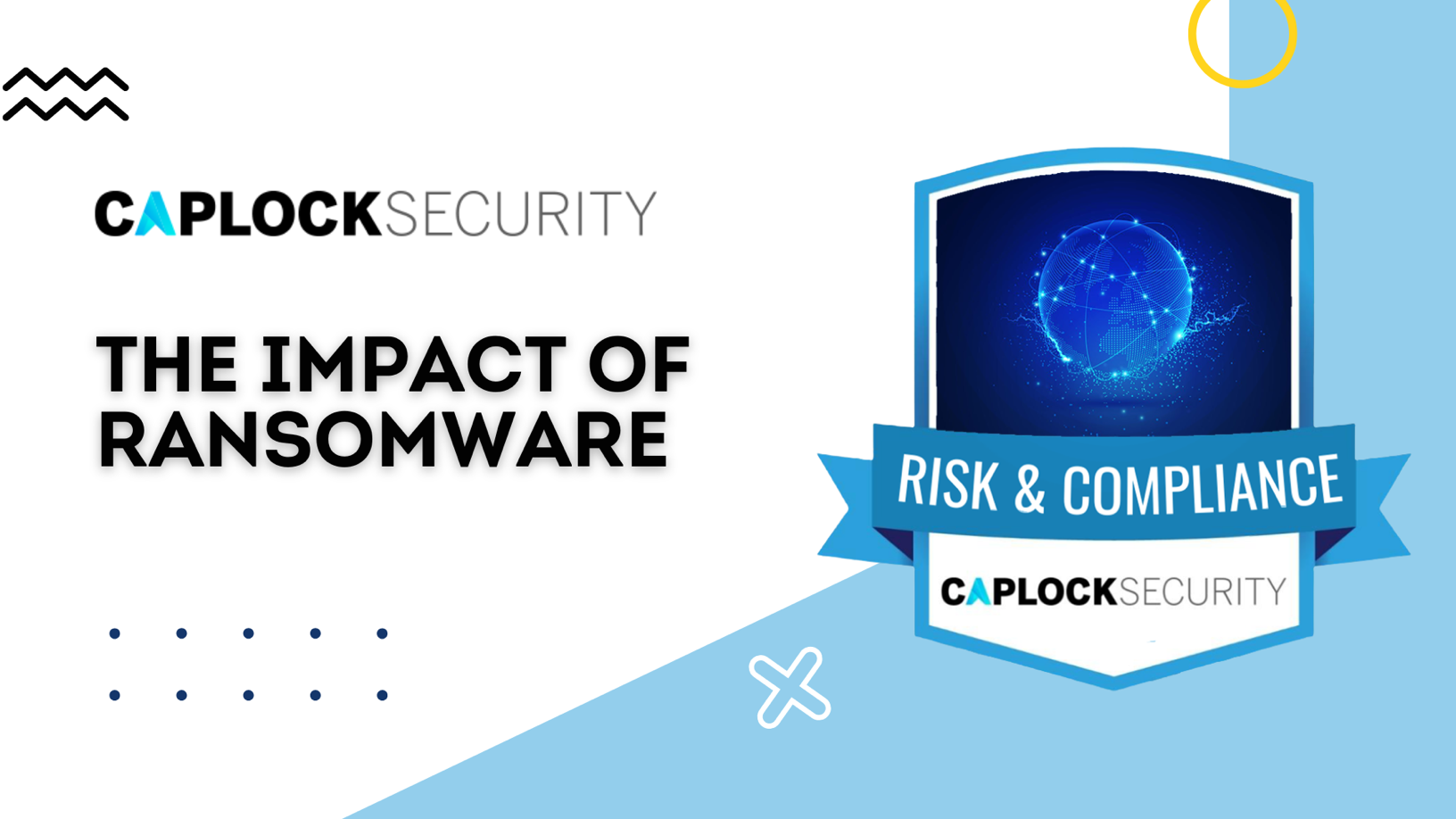 The Impact of Ransomware on Businesses

The Increasing Risk of Ransomware

Ransomware is a type of malware that encrypts files on a device, rendering those files useless and the systems that rely on them inoperable. The decryption is then requested in exchange for a ransom by malevolent actors. A frequent strategy employed by ransomware attackers is the threat to sell or divulge exfiltrated data or authentication credentials if the ransom is not paid. Ransomware attacks have been more frequent in recent years, affecting the nation’s state, municipal, tribal, and vital infrastructure groups.

Sadly, this kind of cybercrime is becoming more common; ransomware was rated the top threat for 2021, and cyberattacks rose by over 140 percent in just the third quarter of that year. Attacks using ransomware are more common than ever, and they’re wreaking mayhem in a variety of sectors. This was notably clear during COVID-19, which gave attackers new opportunities; in March 2020, ransomware attacks increased by 148%.

In all its shapes and iterations, ransomware poses a major threat to both individuals and organizations. As a result, it is even more important to keep an eye on the risk it poses and to be prepared for anything. It’s also crucial to familiarize yourself with ransomware, exercise caution when handling sensitive information, and make sure you’re using the most recent cybersecurity precautions. 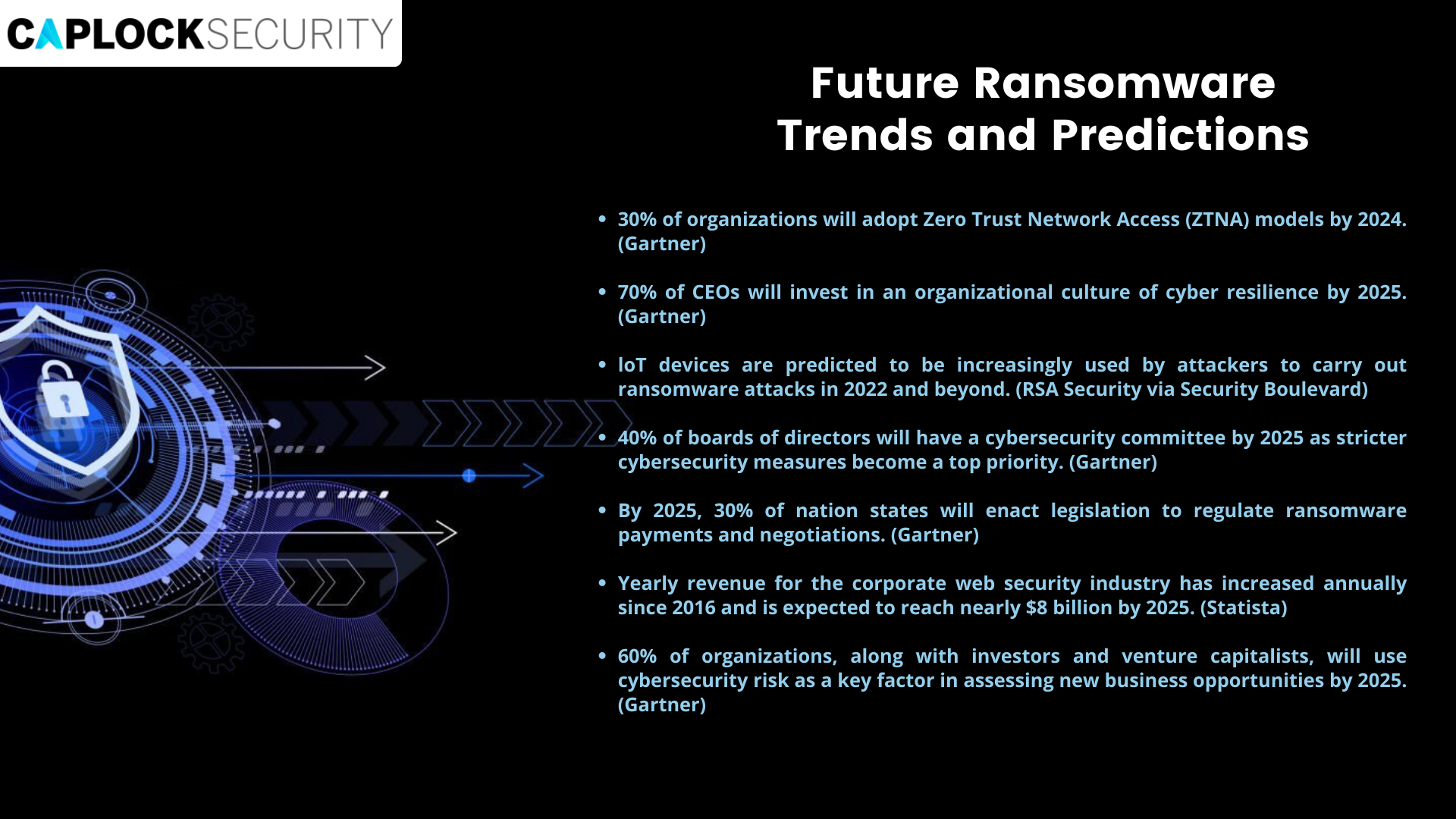 In the past, ransomware was primarily carried out through single extortion, in which hackers would encrypt the data of a company and then demand payment in exchange for the decryption key. Now, ransomware groups steal victims’ data before encrypting it, then threaten to leak or expose the information if a ransom isn’t paid. Threat actors are increasingly using this type of attack strategy as it is more profitable since it combines the threats of encryption and data exfiltration.

Attackers are requesting greater ransom payments than ever before as new methods of ransomware, such as double extortion, continue to prove successful. The average ransom demand in the first half of 2021 was $5.3 million, a rise of 518 percent from the same period in 2020. Additionally, the average ransom has climbed by 82 percent since 2020, reaching a staggering $570,000 in just the first half of 2021.

Ransomware As a Service (RaaS) Utilization

RaaS is a kind of pay-for-use software that enables online criminals to buy pre-made ransomware tools in order to launch widespread ransomware assaults. RaaS functions like an affiliate program, giving the tool’s developers a cut of each successful ransom payment. The RaaS business model will continue to fuel the threat landscape in 2022 since this makes it possible for cybercriminals to launch a ransomware assault with even the most basic technological knowledge.

The Impact of Ransomware

On Small to Medium Sized Businesses

The majority of ransomware assaults typically target small-to medium-sized enterprises. Moreover, the causes are plausible. These firms are frequently unprotected by sophisticated computer protections, leaving them open to attack. These small and medium-sized firms, by majority, don’t use data protection or email security, according to some reports by Intel, which put that number as high as 80%. According to Verizon Enterprise Solutions, 11% of receivers clicked on malicious attachments while 23% of recipients clicked on phishing emails that were used to distribute ransomware.

On Industrial Goods and Services Sector

The industrial goods and services industries were the most frequently hit in 2021, despite ransomware continuing to be one of the most popular attack vectors across all industries. The May 2021 DarkSide ransomware attack against Colonial Pipeline was one of the most well-known attacks to happen in this industry.

One of the biggest fuel pipeline operators in the country, Colonial Pipeline delivers over 45% of the fuel used on the East Coast and moves more than 100 million gallons of fuel per day. Gas shortages on the East Coast resulted from the corporation ceasing all pipeline operations and IT systems as a result of the DarkSide attack. In the end, Colonial Pipeline had to pay a ransom of almost $5 million to unlock the systems.

Ransomware attacks are becoming more common, especially as RaaS schemes proliferate and target critical infrastructure networks like the Colonial Pipeline. This is also because the industrial services sector offers products and services that are essential to the economy and the regular operation of companies. This sector’s disruption has a frightening effect that is more likely to lead to the attackers’ receiving a ransom payment.

Ransomware attacks can hamper the production of even big, well-funded businesses. On May 30, 2021, a ransomware attack on the meat processing giant JBS in Brazil resulted in the temporary shutdown of a number of its Australian, Canadian, and American operations until June 2, 2021. The company was able to restore functionality only after paying a $11 million Bitcoin ransom.

Users needing access to their data and the IT department’s needing to look into the likely cause of attack are two simultaneous difficulties that large corporations struck by ransomware must deal with. The IT team’s attention is diverted from more extensive recovery efforts when critical organizational resources go offline that customers, partners, and workers depend on to carry out their job obligations.

The tedious and disjointed process of recovering important data is further complicated by the fact that many firms undertake their data recoveries manually.

Long lineups for gasoline in the Southeast United States after the Colonial Pipeline ransomware assault in May 2021 practically rendered the company’s brand interchangeable with the term “ransomware” for many American consumers. In fact, according to Forbes Insights, 46% of businesses experienced reputational and brand value damage as a result of cybersecurity breaches. Another 19% of businesses suffered reputational and brand harm as a result of third-party security breaches.

Cybercriminals use data exfiltration to pressure businesses into paying ransoms by threatening to post stolen, sensitive material to the dark web if the ransom isn’t paid. Continual surveillance of more than 40 threat actor extortion websites revealed that over 80% of ransomware assaults in the first half of 2021 threatened to release exfiltrated data. 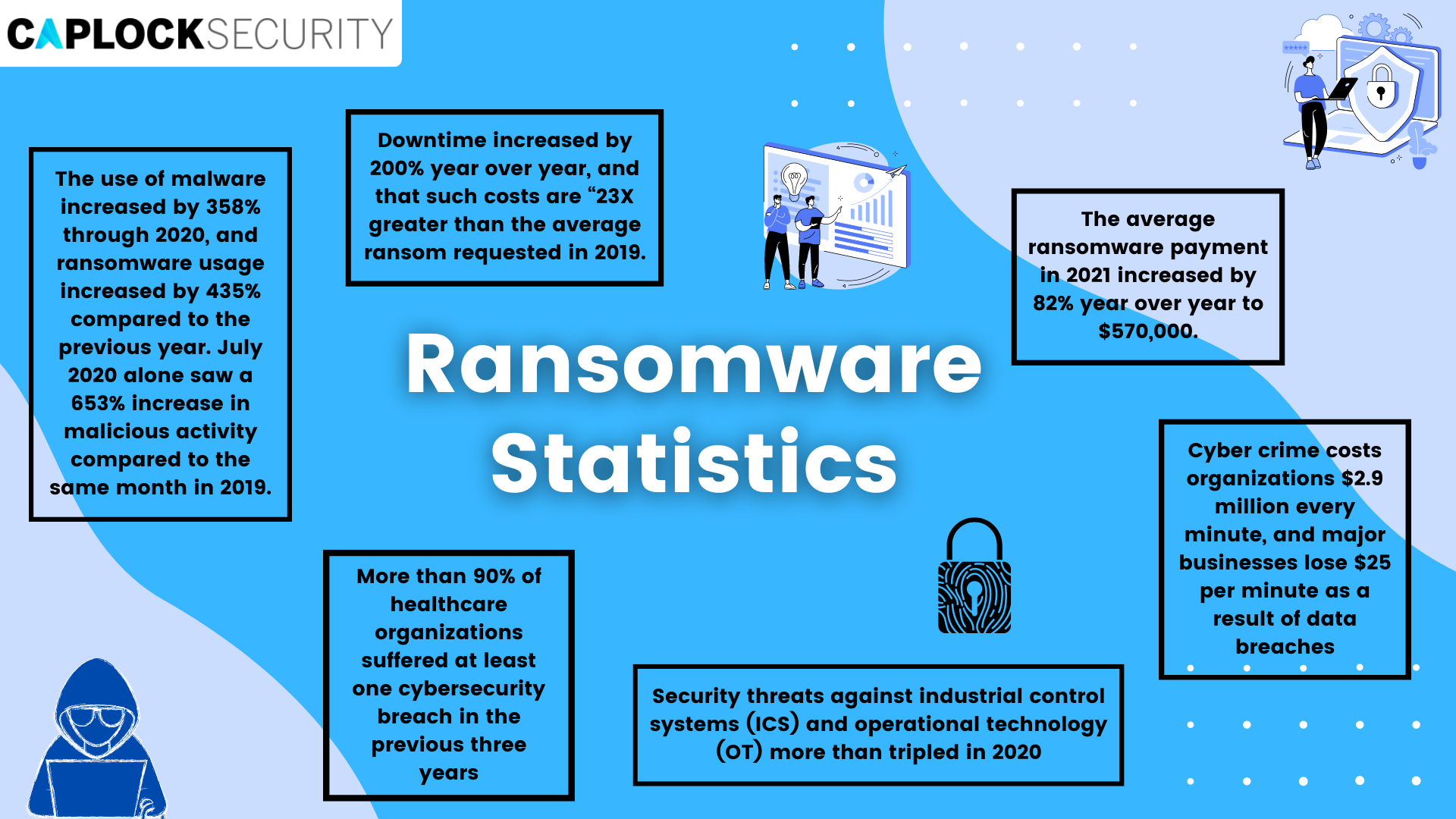 Businesses affected by ransomware must decide whether to pay the demanded ransom or not. Some individuals believe they have no other alternative. Paying a ransom does not, however, ensure that your data will be returned or that you will be immune to future attacks.

46 percent of individuals who paid the ransom claimed to have gotten back access to their files, however, some of the data was corrupt. In addition, 80% of individuals who paid the ransom experienced another attack. Of those, 46% stated they thought they were attacked by the same group, and 34% thought the second incident was carried out by a different group of criminals.

You cannot ignore the threat posed by ransomware, regardless of the size of your company. Your organization’s reputation, the ability to access resources, compliance, and, of course, revenues are just a few of the many things it can affect. It is possible to effectively avoid and mitigate ransomware situations if you have the appropriate technology and procedures in place.

Prevention is better than cure. Do not make the costly mistake of ignoring the cybersecurity aspect of your organization. Caplock Security provides all the solutions needed to simplify your security implementation without impacting performance, provide a unified approach for streamlined operations, and enable you to scale for business growth. 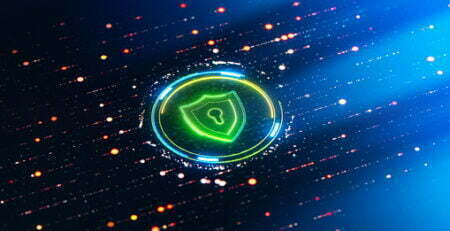 Following the establishment of the Cybersecurity and Infrastructure Security... read more 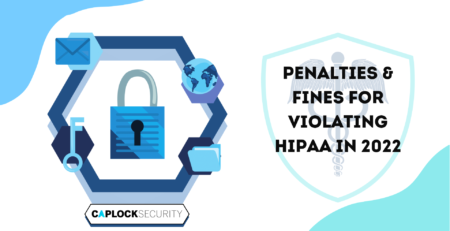 There are several levels of penalties for breaching HIPAA... read more 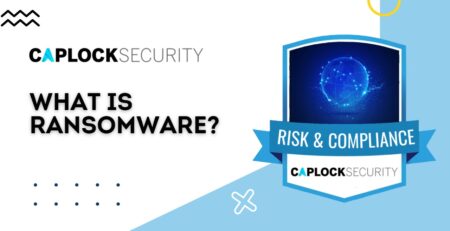 Ransomware can spread through networks that are not set... read more 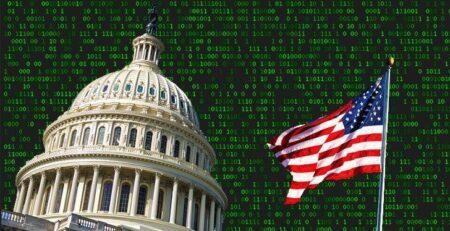 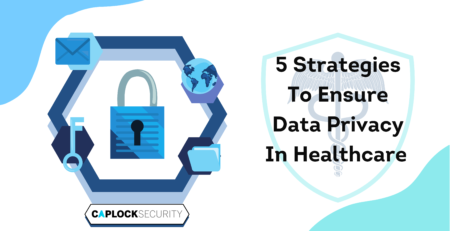 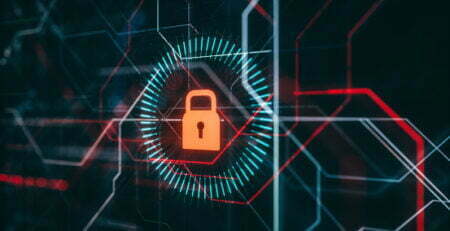 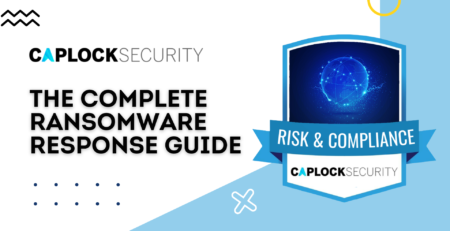 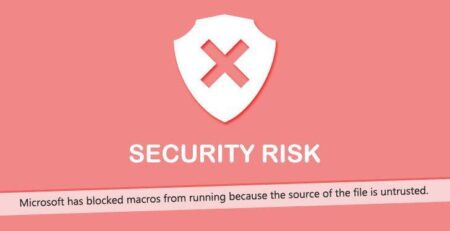 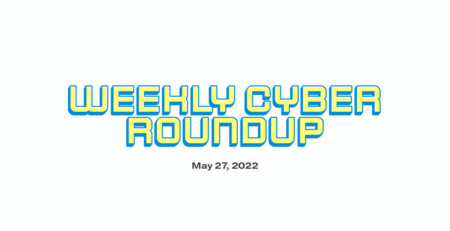 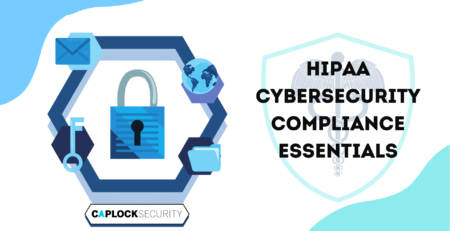